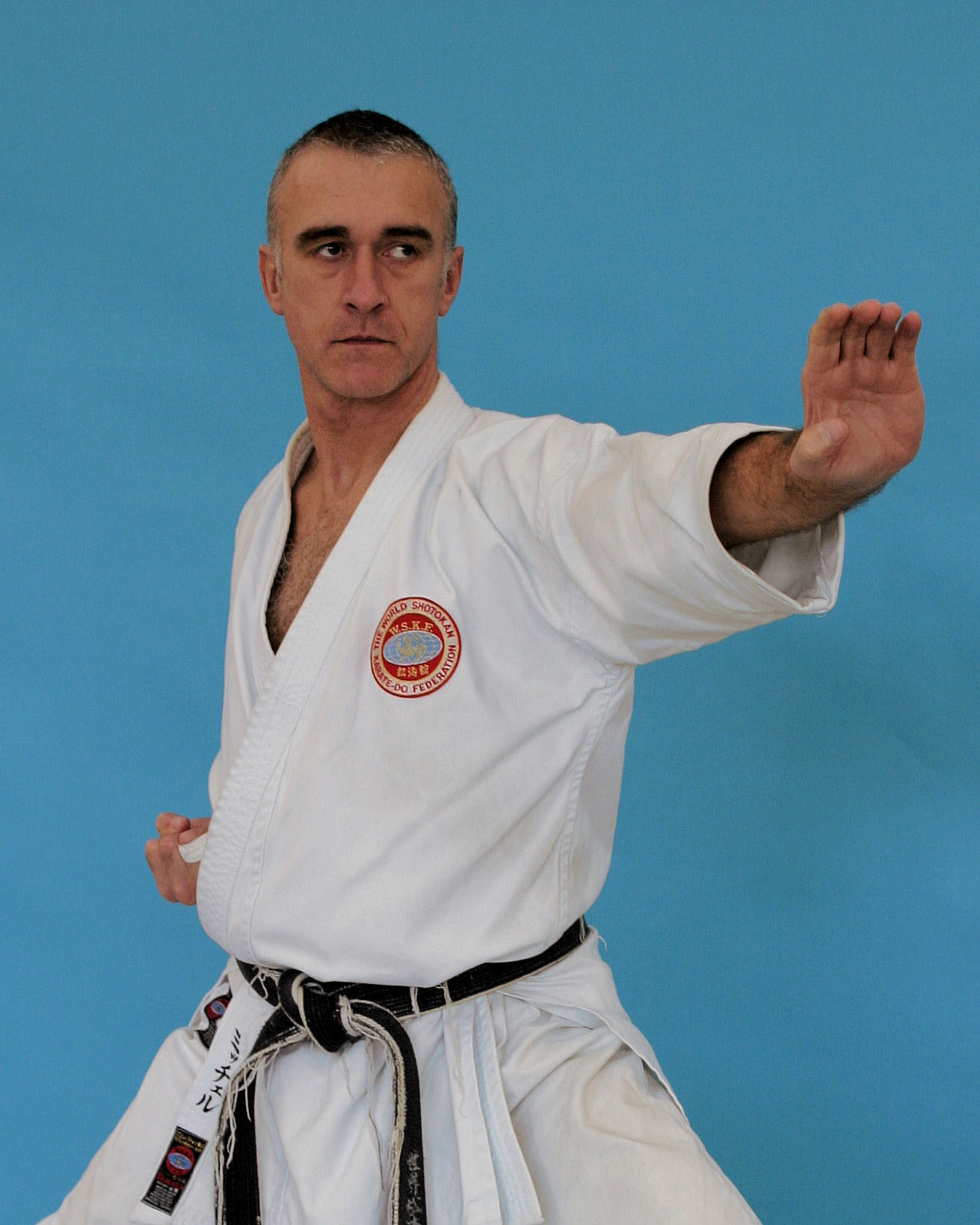 Sensei Alistair Mitchell has been practicing Shotokan karate for 45 years. During this time, he has trained and graded with the world’s best instructors. From 4th Dan he trained and graded in Japan on a yearly basis cumulating in his successful 7th Dan examination in 2012. In addition to this he also qualified as a certified “A” class instructor, examiner and referee in Japan.

Alistair's competition career has spanned 43 years during which time he represented the Scotland and Great Britain All Styles National Teams with the following major successes:

On retiring from the British and Scottish Teams he concentrated on individual tournaments winning: